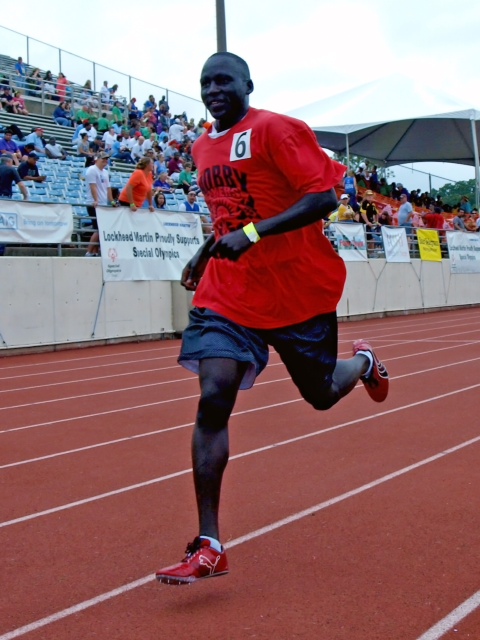 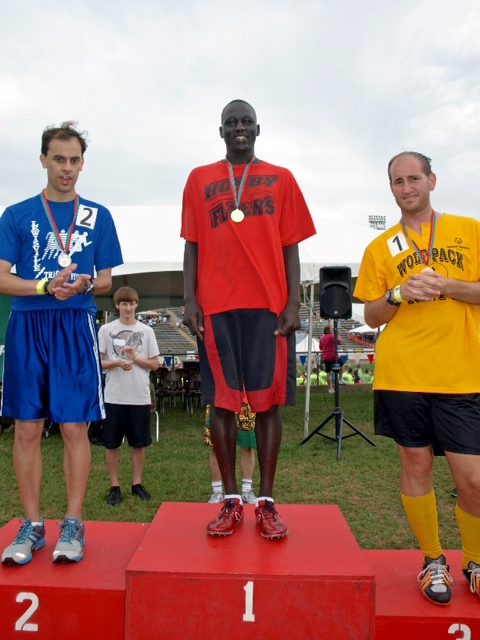 Special Olympics Texas athlete Deng Wei didn’t grow up in Texas like many of our athletes. He is a refugee from war-torn Darfur, Sudan. As a child, Deng had to run for his life when his village was under attack. His family fled to a refugee camp and then to the U.S. in 2006.

Deng is now 21 and lives happily in Houston with his mom, three brothers and one sister. He is proud to be graduating this June from Lee High School in the Houston Independent School District.

Through a misunderstanding at his school, Deng almost missed Summer Games this year. He wasn’t allowed to leave his class and missed the bus to Arlington. Deng’s coach, Ron Doak, who has been a SOTX coach for 30 years, emailed a passionate plea to the Assistant Superintendent of Special Education on his behalf. Deng got a last minute ride from a compassionate volunteer and arrived at 11:30 p.m. the night before his first race.

In addition to Special Olympics Texas, Deng competes in traditional track competition for his high school and took home 3rd place in the bi-district track meet. Deng tells us that he loves sports, and plays soccer, basketball and bowling in addition to running track.

Deng was inspiring to all that watched him on the track; the crowd cheered like crazy watching him get his final kick to the finish line. He used to be forced to run for his life, but now tells us that he runs out of happiness.