The Boy Who Saved His Life

Saving Each Other: An Interview with Earle Martin 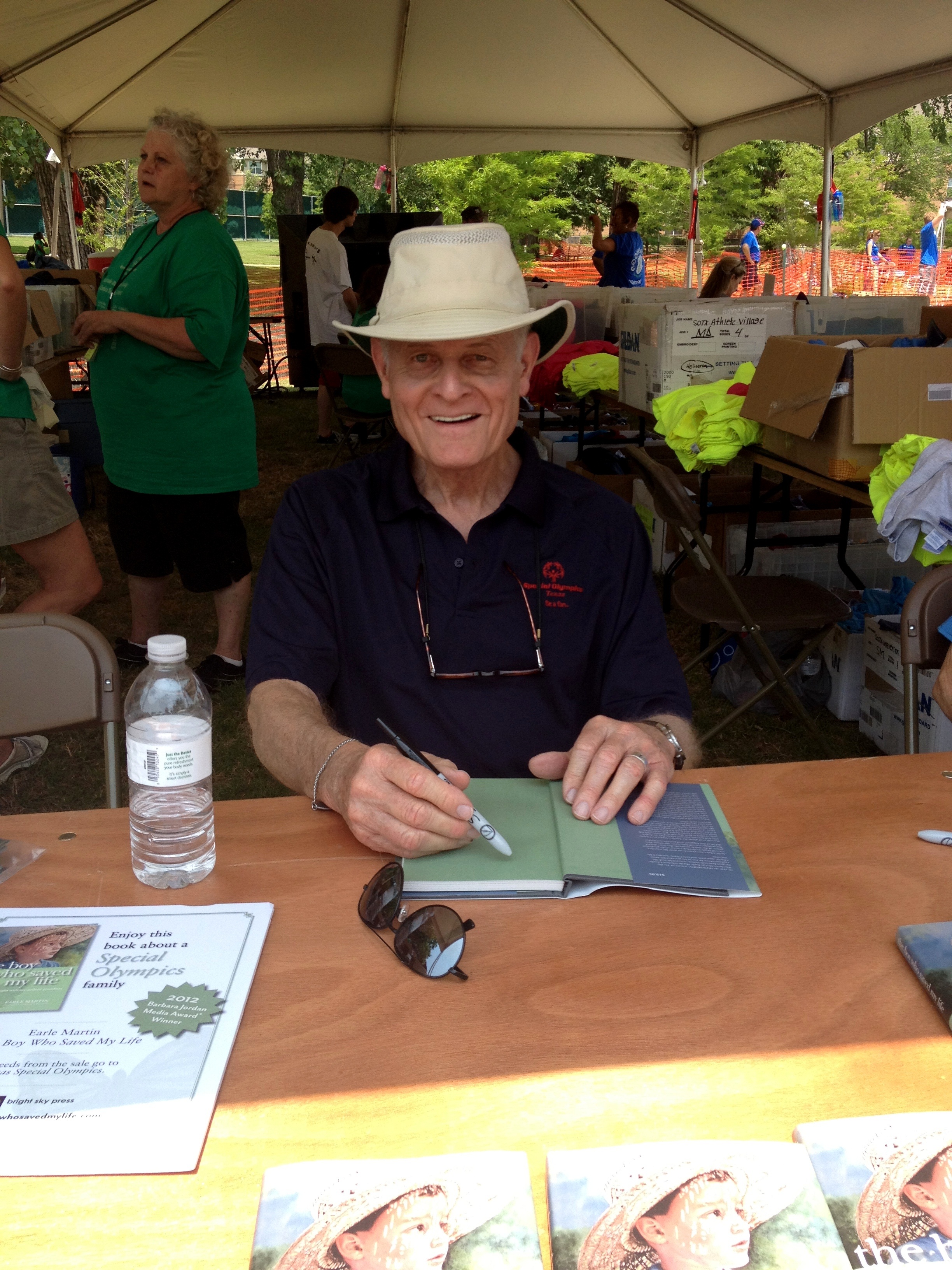 Under a tent in Athlete Village, sitting quietly at a table surrounded by books, is the grandfather of former athlete Charlie Stubbs. But once someone walks up to introduce themselves and learn more about The Boy Who Saved My Life, Earle Martin quickly becomes an animated storyteller, sharing stories about his grandson and hearing similar memories from others.

When Charlie stopped speaking after his second birthday, Martin – who was fighting his own personal demons at the time – made it his goal to help his grandson regain his voice. Martin went on to develop a special bond with Charlie that still exists more than 20 years later.

“Charlie came into my life when I was very depressed. He lost his language, and we were afraid we were going to lose him in his own world,” Martin recalled. “I didn’t want to bring him into my world, because it was very dark, but we had to find a way to get him to reconnect with us.”

Martin went on to spend several hours a day with his grandson, helping Charlie to communicate with the world. And by the time Charlie was five, he spoke his first words in more than two-and-a-half years.

“In that process, he awakened a life in me. He gave me new life and really saved my soul as well. I’d forgotten I had a soul.”

The book explores not only Charlie’s story, but discusses the influence that other children with special needs had in Martin’s life, and the role that Special Olympics played for both grandfather and grandson. And a few weeks ago, The Boy Who Saved My Life, received the Barbara Jordan Media Award for its efforts in accurately and positively portraying individuals with disabilities.

“We don’t realize how much those who have disabilities and special needs have to offer us. We reach out to them because they need help, but then we discover we need their help more than they need our help!”

To learn more about the award-winning book and its author, visit www.theboywhosavedmylife.com. Additionally, proceeds from The Boy Who Saved My Life go to Brookwood Community, a God-centered educational, residential, and entrepreneurial community for adults with functional disabilities.