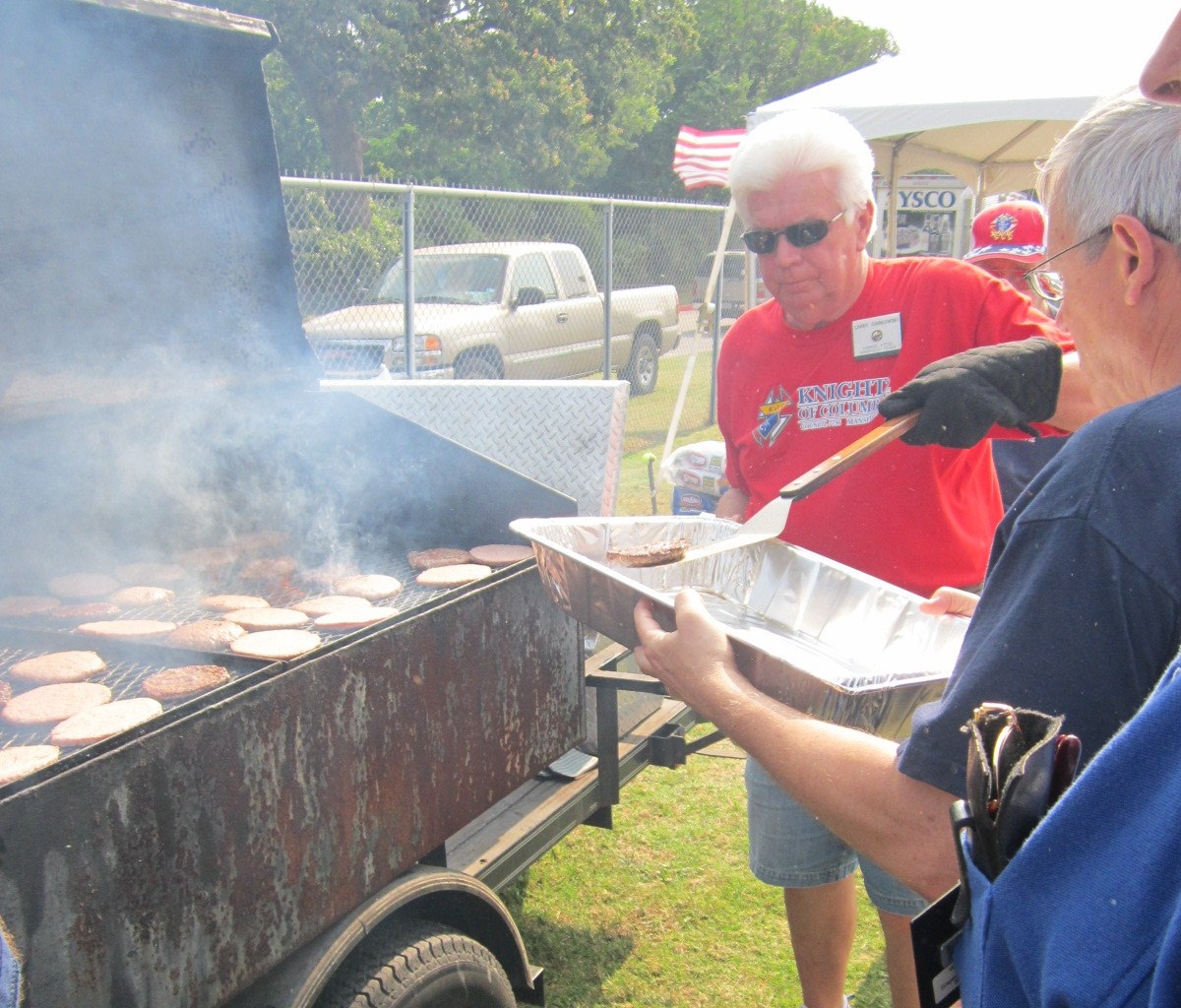 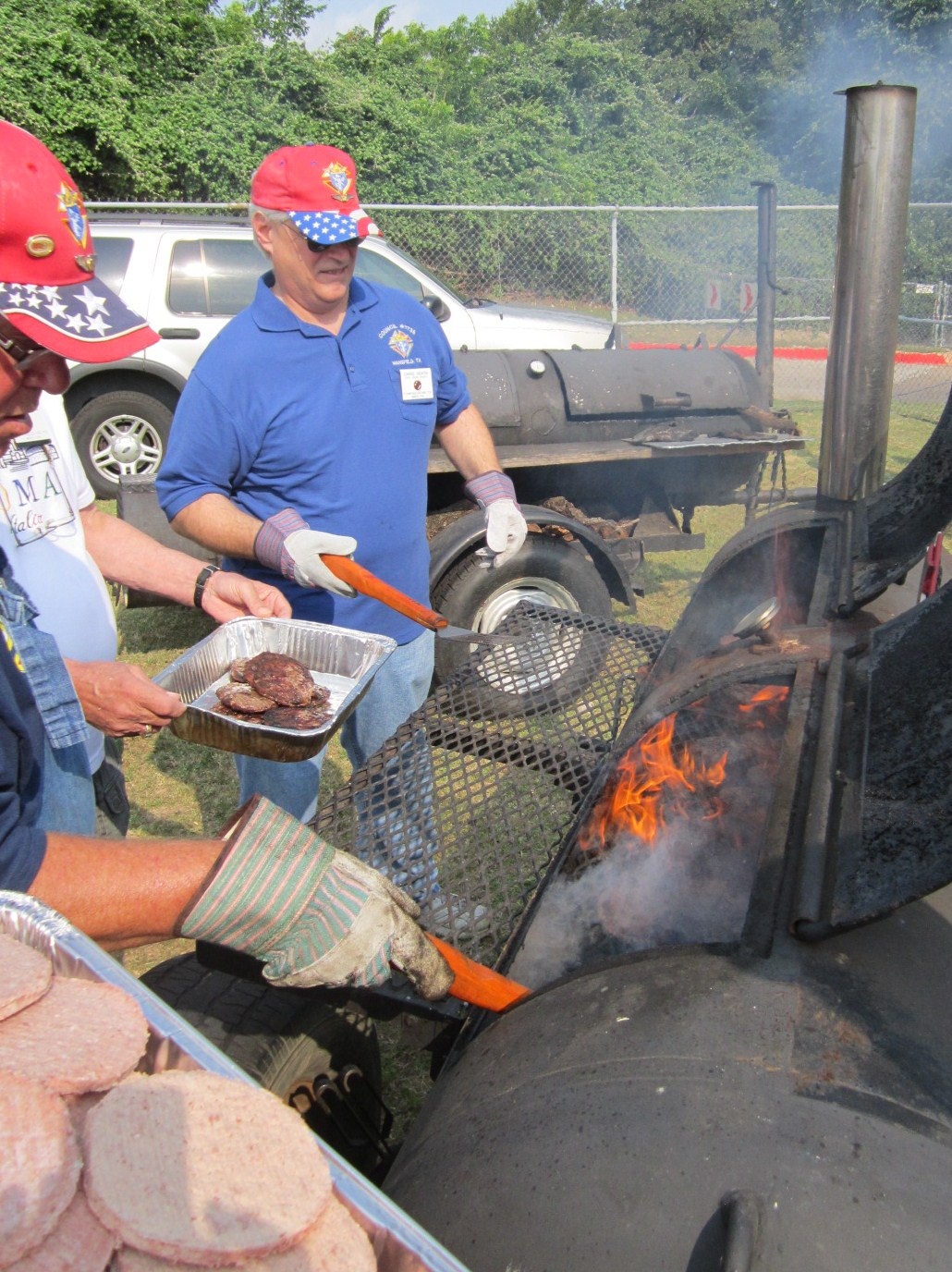 Knights of Columbus councils from Mansfield and Duncanville fired up several grills early so they would be hot and ready for the 1,200 burgers, courtesy of food distributor Sysco.

“We love doing it,” said Jerry Rodriguez with the Mansfield Knights of Columbus, which have served meals at the state games for 10 years. The menu is a surprise, he noted.  The grillers don’t know their main ingredient until the last minute. This year, the volunteer cooks seared burgers Friday and fajitas Saturday.

“Sysco provides the food, and we’re very appreciative,” Rodriguez said. “Whatever they send, we’ll cook it.” The Knights of Columbus and Sysco are sponsors of the Special Olympics Texas summer games.