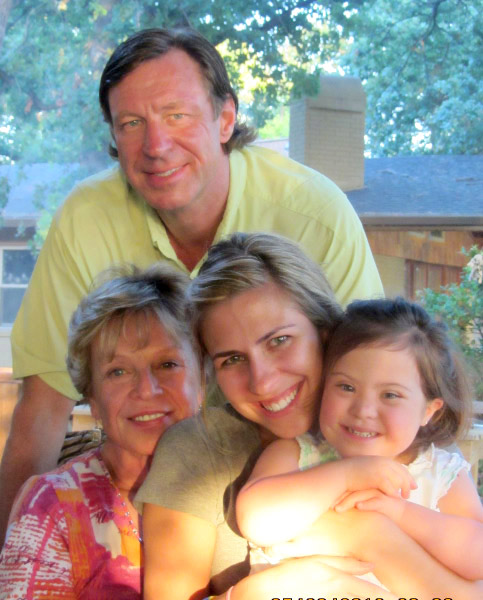 Historically, this is the time of year when giving is expected and family traditions are the topic of many conversations. For the Brown family, giving is a year-round practice and has been a family custom for more than 20 years; that’s when Randy Brown made his first contribution to Special Olympics Texas. That first contribution was the start of annual donations to the organization. When his children entered high school, they began volunteering with SOTX, but it was Brown’s mother who first introduced the family to the special needs community.

“My mother was a Special Education teacher for 28 years in the Irving I.S.D,” Brown said. “She wrote and received grants to run a summer camp in the mountains of Colorado for children who had intellectual disabilities.”

Brown and his brother helped their mom with various duties at the camp. It was that unforgettable experience that led Brown to follow in her footsteps as an adult. His determination to give and support the special needs community led to him being one of the first members of the Olympus Society - a unique circle of supporters that shares one goal: to ensure the growth of Special Olympics’ mission, today and tomorrow, through personal, multi-year contributions.

“In May of 2008, my daughter, Jessica Brown, gave birth to our granddaughter (Boston Marie Dunivant) who was born with Down Syndrome,” he said. “At the time, my daughter was in college working towards a degree in Elementary Education. As a result of my granddaughter’s birth, my commitment became even more important and personal.”

That commitment is reinforced every time he sees his granddaughter.

“Boston is our first and only granddaughter, which in itself is a special gift. She quickly steals your heart and puts a smile on every face she sees. She has changed our family and friends forever.”

Brown is also determined to change lives.  He credits his compassion for individuals with intellectual disabilities to the lessons his mom taught him when he was just a kid helping out at camp.

“After I had children of my own, it became clearer to me that regardless of who we are, what we believe or what challenges or special needs we have, we are all someone’s child,” Brown said. “That realization really put things in perspective for me and allowed me to accept everyone for who they are, special needs or not.”

That realization is also why he encourages involvement in the Olympus Society and Special Olympics Texas.  It’s an allegiance that runs in the family.

“My daughter was so inspired to make a difference in Boston’s life that she continued her education and will graduate with her master’s degree in Special Education this December. Her dream of teaching Special Education, just like her grandmother, is now a reality.”