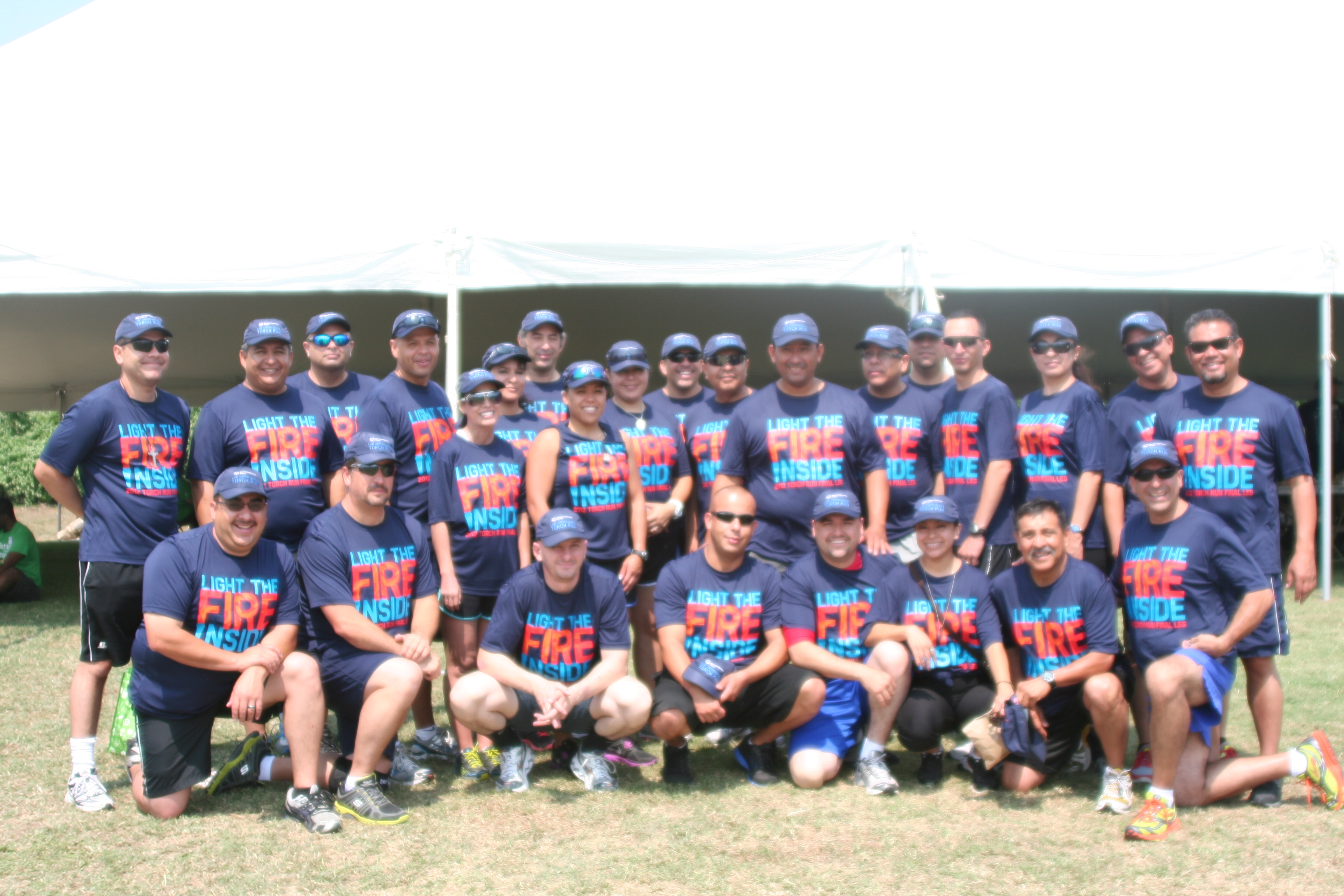 37 El Paso law enforcement officers can tell you exactly how many miles it is between El Paso and Arlington: 620. And they ran 584 of those miles between El Paso and Weatherford (it's too dangerous to run those last miles from Weatherford to Arlington). Officers from the El Paso County Sheriff's Office, the El Paso Police Department, the U.S. Border Patrol and one retired police officer brought the west torch from El Paso to Arlington.

"A lot of people don't bellieve us when we tell them that we run the whole way," he said. "But we do!"

The officers are divided into several teams, and take turns running two-mile shifts, even throughout the night.

As they pass through various jurisdictions, fellow police officers will stop them and ask how they're doing. "They'll check on us, ask if there's anything they can do to help us."

George Andrade has been running the torch for 18 straight years. Someone invited him to do it the first year, and he just kept doing it. "I love it," he said.

Half of the new El Paso torch runners ran it for the first time this year. "Some of us are getting a little too old for this," Guerra said, laughing.

Guerra said that the "new guys" were going to be surprised by their reaction to the Opening Ceremonies. "It's emotional, and heartwarming. It humbles you."