“A woman by the name of Eunice Kennedy Shriver decided that she’s going to set the world on fire by letting society know that people with intellectual disabilities can do something, and she started with Special Olympics.”

These are the inspirational words from Special Olympics Global Messenger Loretta Claiborne’s Opening Ceremony speech for the 2012 Summer Games. Claiborne started competing 42 years ago and is a nationally known Special Olympics athlete. Her encouraging words drew the crowd’s excitement and applause.

The Opening Ceremony was held tonight at the University of Texas at Arlington Maverick Stadium.

The stadium erupted with applause when nearly 300 Texas law enforcement officers from all across Texas marched onto the field followed by 3,100 athletes. Despite the Texas summer heat, supporters in the stands jumped, danced and cheered while the field filled up with people.

Athletes traveled from all over Texas to participate in these games, joined by their family, friends, coaches and supporters.

Robert James, father of athlete James Sonnier, said he came from Houston with 10 family members to support his son in the games. This is Sonnier’s second year to participate.

Law enforcement officers from all over Texas traveled to the games, too. Austin Police Chief Art Acevedo praised the officers for raising $1.3 million for Special Olympics of Texas.

Before Claiborne and Acevedo officially opened the games, athletes and law enforcement officers from each Texas region participated in the annual Torch Run. Athlete Briannah Buckley from Keller, representing central Texas, was excited to show off her new leg in the run. She competed in the 4x1 relay, 100 meter dash and softball throw in the preliminaries earlier today and will compete in the finals tomorrow.

Calan Mannion, a basketball player from the Mansfield All Stars delegation, was at the ceremony with his team. He said his favorite part of the weekend is hanging out with his friends. He has been playing basketball for at least three years and he says he loves it. 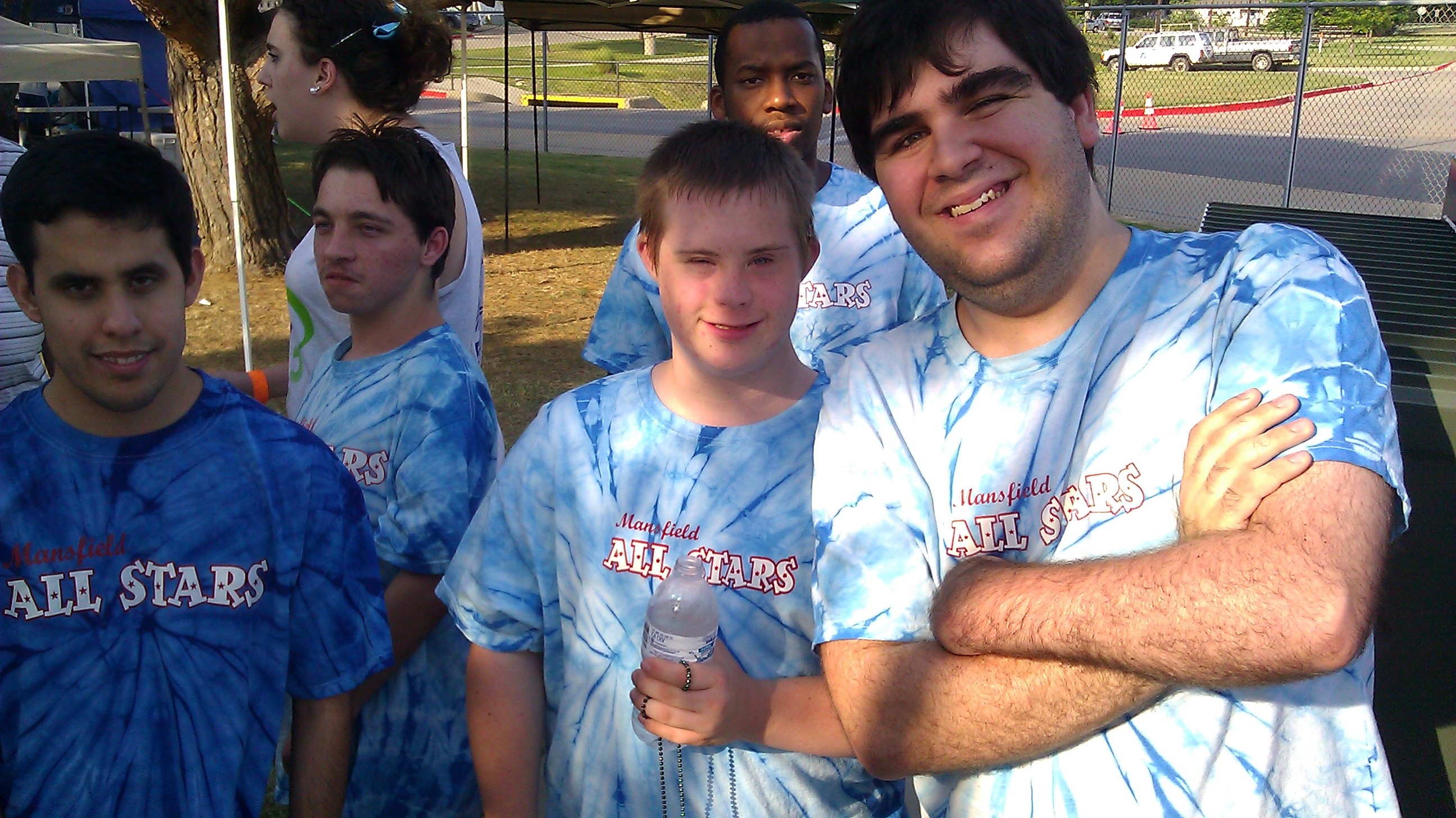 “I like to win but not to win in your face or anything, just to win,” he said “And if I lose I like to say good job.”

The Arlington Independent School District cheerleading squads came out in full force to cheer and show their support. Cheerleaders from Bowie, Lamar, Martin and Arlington high schools lined up along the sidelines, shouting, cheering and dancing. Bowie High School cheerleader, Dominique Hardy, said the ceremony is kind of like a party. 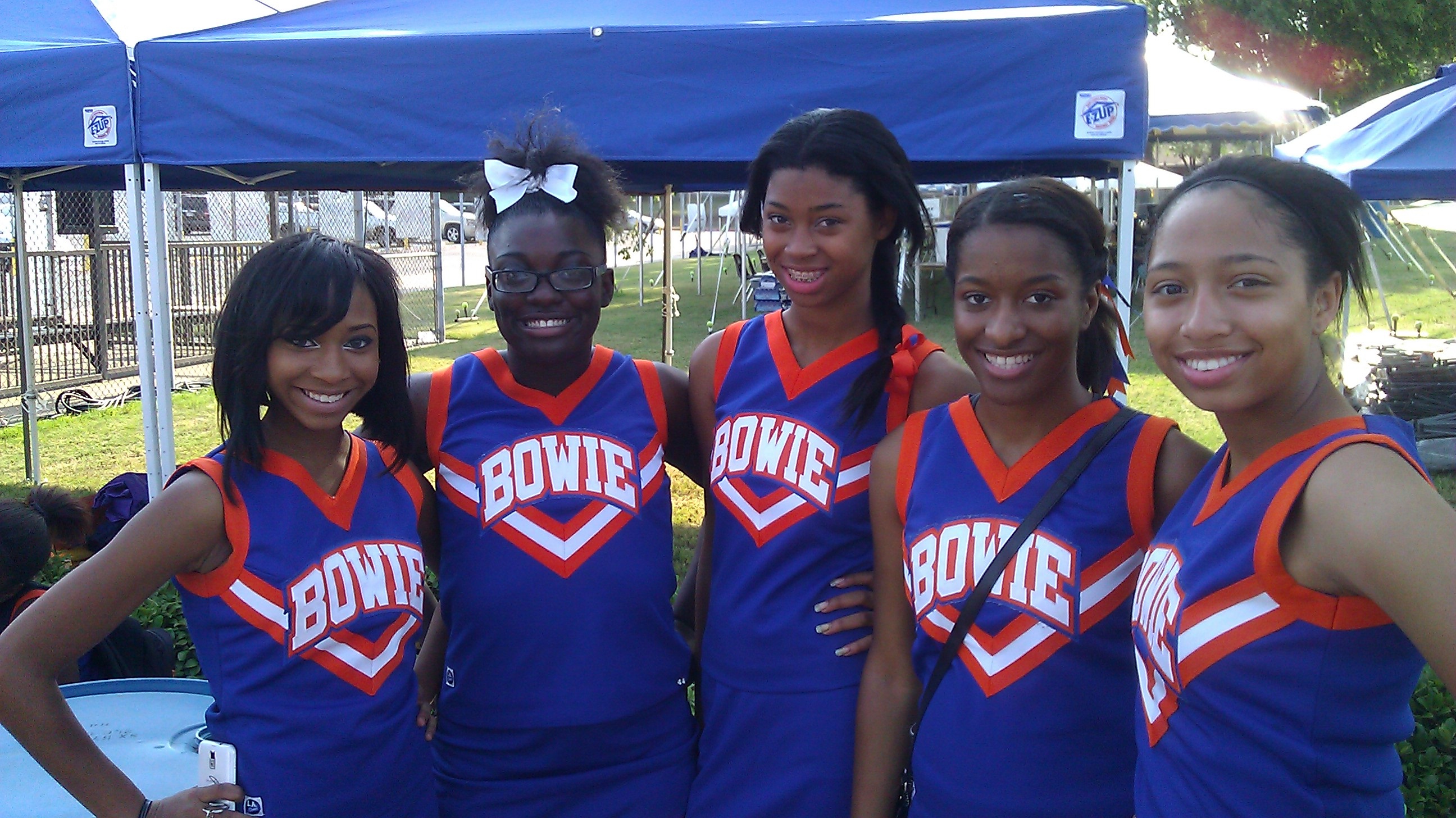 “I think it’s a good opportunity to come; they need support,” she said. “It’s fun to see them happy and excited. You get to hug and dance with the athletes; it’s a lot of fun.”

Other organizations come from across Texas to support the athletes. 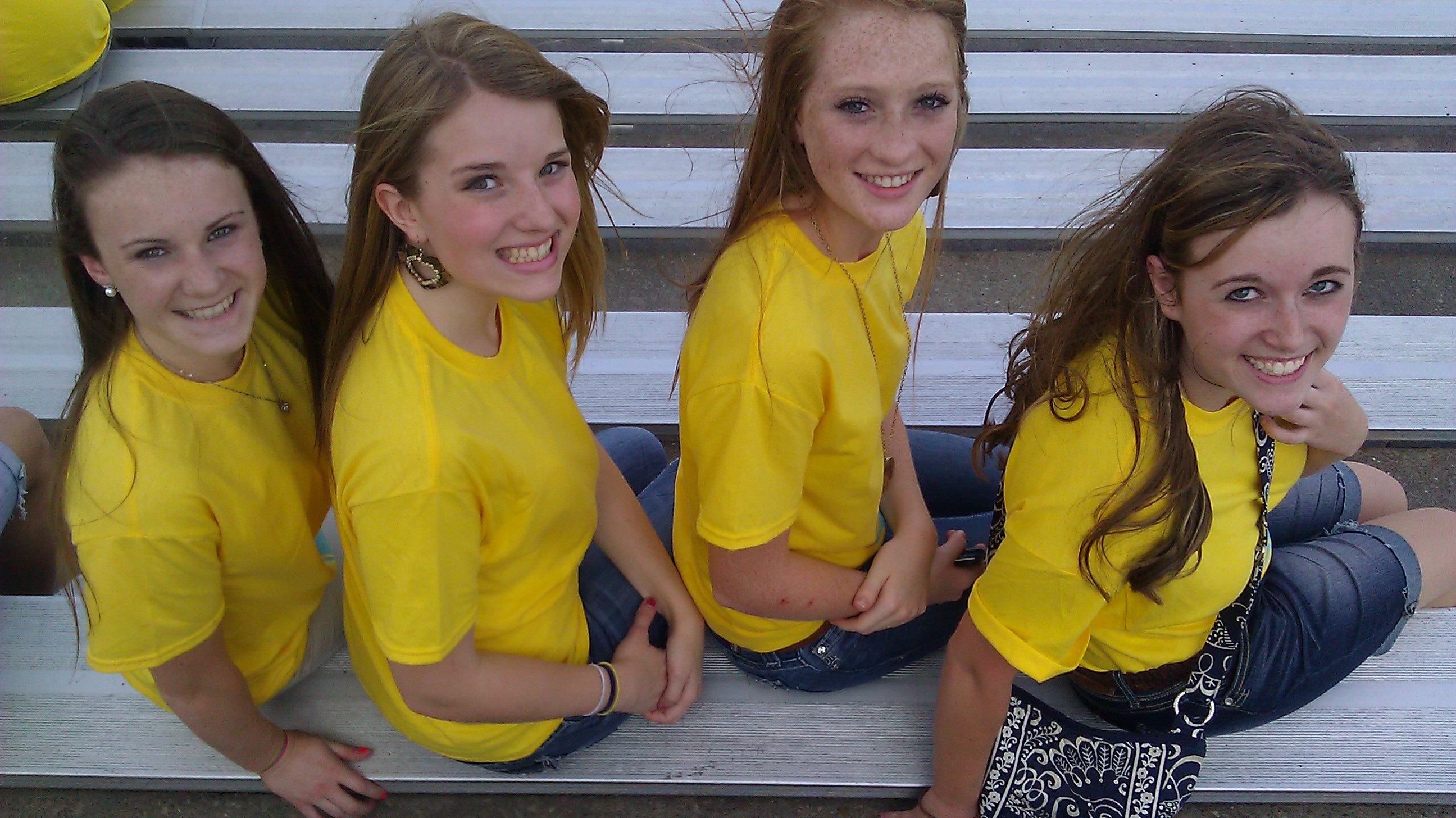 Allen Texas’ Stake Youth Conference from the Church of Jesus Christ Latter Day Saints, brought over 250 youth volunteers to the games. One of the volunteers, Hailey Thomas, was in the crowd at the Opening Ceremony, cheering on the athletes.

“I really enjoy it, I think it’s really cool to see,” she said. “My favorite part is when the athletes do their best, get really happy and give you a hug. I think that is really sweet.”