ALPs give athletes opportunities above and beyond competition, becoming committee members, coaches, spokespersons and more.

ALPs give individuals with intellectual disabilities the opportunity to stand up and let their voices be heard, as well as teach them the leadership skills to help shape the direction and movement of Special Olympics. These programs put athletes in an environment where people listen to them and value them as individuals.  ALPs allows athletes to have the confidence to know they can make a difference in the lives of others through their contributions as spokespersons, coaches, committee members and more. And, through various platforms, they are given the opportunity to show their determination and desire to be active, inclusive members of their community.

Special Olympics Texas encourages athletes to choose the type of leadership opportunities that they are most interested in pursuing. Training classes are offered to help the athlete learn the skills that are needed to be successful in the role they will fill. Special Olympics Texas also helps train volunteers, coaches, committee members, and others to work with athletes in a way that values athlete participation.

Athletes on the Board of Directors and Committees

Athletes participate as active members of our Board of Directors and other state and local committees. The athletes are given instruction and practice in forming and articulating opinions, provided opportunity for group discussion, and taught techniques for gathering input from other athletes.

This program provides athletes with readiness training and assists them in meeting certification requirements to become coaches or officials for Special Olympics and other community sports organizations.

The athletes are given instruction and practice in forming and articulating opinions, provided opportunity for group discussion, and taught techniques for gathering input from other athletes.  We are currently looking for athletes to be trained as GMT members to help lead and support at Area and State Competitions.

This program encourages athletes to become involved with Special Olympics Texas as volunteers. This type of leadership experience empowers athletes to fully participate in the events. These athletes learn new skills and serve as role models for other athletes in their community.

We are looking for athlete who would like to learn about photography or who are current photographers to help develop a training session along side a professional photographer.  This session would allow athletes to be part of capturing and sharing the joy of both achievement, friendship and victory within Special Olympics. Contact communications@sotx.org if you are interested in this volunteer role within ALPs.

We invite athletes and families to participate in our new esports components of the Virtual programs and SOTX-TV, which can be found on both www.sotx.org and our youtube channel.

This program prepares athletes to become official public speakers for Special Olympics. They recruit athletes, volunteers and sponsors. The purpose of this program is to allow the athletes to share their skills, experiences, opportunities and enthusiasm with others, and work to increase participation in all programs.

Have you recently given a speech as an SOTX Global Messenger?

Click the button and let us know how it went. Provide information about your recent speech to save for your Global Messenger records.

Our Purpose and Goals are:

To ensure the athletes’ voices are heard involving their needs in training, sports

Inclusion for all to make the world a better place for the next 50 years and beyond. At the 2015 Special Olympics World Games in Los Angeles, I received the honor of the Best Guest Services Attendant Award.  I have been interviewed by Daniel Gotera  and Jason Bristol of CBS 11 as a SOTX golfer and by Isiah Carey of FOX 26 as a Special Olympics’ athlete involving what “Removing the R Word” campaign means to me.  I was recognized in the Congressional Record of the United States of America of the 115th Congress by Honorable Ted Poe of Texas in the House of Representatives as a Golfer and Special Olympian.  Since 2015, I have been a Global Messenger giving many motivational speeches at various organizations and events.  In 2020, I became a Health Messenger.  I gave a speech on “Living by the Golden Rule” for the Voices of Champions in May 2021.  I have also written a book called Be Brave in the Attempt about the 50th Anniversary of SOTX and it is now on sale with all proceeds benefiting the SOTX athletes.

I graduated from East Central University in May 2021, obtaining my Bachelor of Science in Cartography with a Geotechniques Concentration.  I am member of Alpha Chi National College Honor Society, Gamma Theta Upsilon, and Delta Alpha Phi International Honor Society.  I was the Treasurer of the Cartography Society while attending East Central University.  I have been an Eagle Scout since 2008.  In June 2022, I earned the Remote Pilot Certificate for Unmanned Aircraft General from the Federal Aviation Administration under the FAA’s Small UAS Rule (Part 107) for commercial drone usage.

I was the main character, Andy, in a short film called “My Eyes,” which was based on a poem about a young man, Andy, with autism and how he views others around him.  I was also in the movie, Loveland, with other young adults with special needs.  During my theatre experience of 16 years, I performed in many shows on stage as a member of the performing troupe of The Second Act Theatre (formerly Dionysus Theatre), a non-profit community theatre for individuals with special needs. My name is Tim Taggart and I have been involved for SOTX since 1991.  I have competed in bowling, basketball, bocce, cycling, flag football, golf, power lifting, softball, soccer, tennis, table tennis, and unified sports.

I am also very active in leadership in Special Olympics Texas.  My athlete leadership began in 1993 when I trained as an athlete for Outreach which is now called the Athlete Leadership Programs (ALPs).  I have been a part of the Area 20 ALPs since 1993, serving as President for the past seven years.  I have gone to Washington, DC Hill Day in 2008, 2014, and 2019 visiting with legislatures and spreading the word about Special Olympics.  I have visited Austin Capitol Day in 1995, 2003, 2006, 2016, and 2019 speaking to the Texas legislatures.

Outside of the SOTX arena, I have been in two television commercials: a car commercial with Jessye James Laya and a golf commercial with my dad.  I was also a featured extra in the movie, The Ringer.

I believe strongly in the Special Olympics’ athlete oath of “Let me win, but if I can’t win, let me be brave in the attempt.”  I feel all athletes compete to win, but no matter what place the athletes achieve, everyone is a winner since they have trained and competed.  The best thing I like about Special Olympics is being able to compete in sports, traveling with the organization, meeting people from all over the world and speaking about my involvement with SOTX.  In my home, my family dwells on my ability and NOT on my disability. Hi, my name is Elizabeth Campbell and I live in Amarillo.  I work at Hodgetown Stadium for the Amarillo Sod Poodles, a baseball team affiliated with the Double AA San Diego Padres baseball team.

I serve on the Executive Committee of the Athlete Leadership Council as its Secretary and am also the President of my local Athlete Leadership Committee of the Panhandle Area.  I am a Global Messenger for the Panhandle Area.  I have had the honor to earn the title of Athlete of the Year.  I love doing sports all the time and I believe that Special Olympics is the fun thing to do. 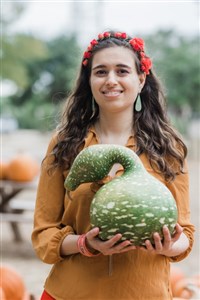 Kamand's objective is to obtain a positive lifestyle for athletes by utilizing and developing their skills to provide the best quality of life for them. Currently, studying nonpareil institute learning to design games from scratch. Certified with global and health messenger 2016.

Kamand is certified in Special Olympics leadership, certified in nutritional therapy from health and science academy in 2015, and received scholarship and attended Bridge to Career in Texas A& M College station. Received recognition as a best residence at Rudder Hall Dorm to help Others to help others with chores and homework.  Kamand received scholarship and attended a year of internship at Seton medical center with 3 rotations.

Post-Anesthesia Care Unit and was responsible for PACU essential supplies 2012.

Special Olympics fundraising such as tip a cop.

Facilitate fundraising and recruit volunteers and donors in Special Olympics

Languages: fluent in English and persian.

Received appreciation of a dedicated volunteer of Special Olympics of Round Rock May 2016, 2017 and 2019.

Certificate of excellent sportsmanship with Special Olympics in 2013-2014.

University of Constitutional Law on recommendation of graduate council of the Academic Senate, Constitution division has conferred upon me the degree of constitutional law expert with all the rights and privileges thereto pretending.

How to Get Involved

If you, or someone you know, is interested in getting involved as an Athlete Leader, find your local ALPS here, or you can contact Bruce Clarke, Athlete Engagement Manager at bclarke@sotx.org